According to a two-year study, healthy eating, brain training, exercise, and sound medical management may prevent age-related cognitive decline and, perhaps, dementia. The study sampled 1,260 people, aged 60-77, randomly assigning one group to receive some general health advice and another group to follow a special program. The advice and training given to participants in the special program included:

Eat plenty of fruit and vegetables, wholegrain cereals, low-fat milk, and meat products. Participants were also told to eat less than 50 grams of sugar a day and have at least two portions of fish a week.

Blood pressure was checked, along with weight and body mass index. Based on this data, participants were given additional recommendations for potential lifestyle changes.

On a measure of executive functioning — which controls memory, reasoning, and problem solving — the special program group had scores 83% higher.

According to Professor Miia Kivipelto, who led the research, “Much previous research has shown that there are links between cognitive decline in older people and factors such as diet, heart health, and fitness. However, our study is the first large, randomized controlled trial to show that an intensive program aimed at addressing these risk factors might be able to prevent cognitive decline in elderly people who are at risk of dementia.”

The study will continue for at least another seven years to look at whether the special program can reduce or even prevent dementia and Alzheimer's diagnoses. To learn more about the study, visit https://www.spring.org.uk/2015/03/prevent-dementia-double-brain-speed.php

If you are concerned about maintaining care for your loved ones with dementia, please give us a call to discuss qualifying for Medicare or Medical at (805)946-1550. 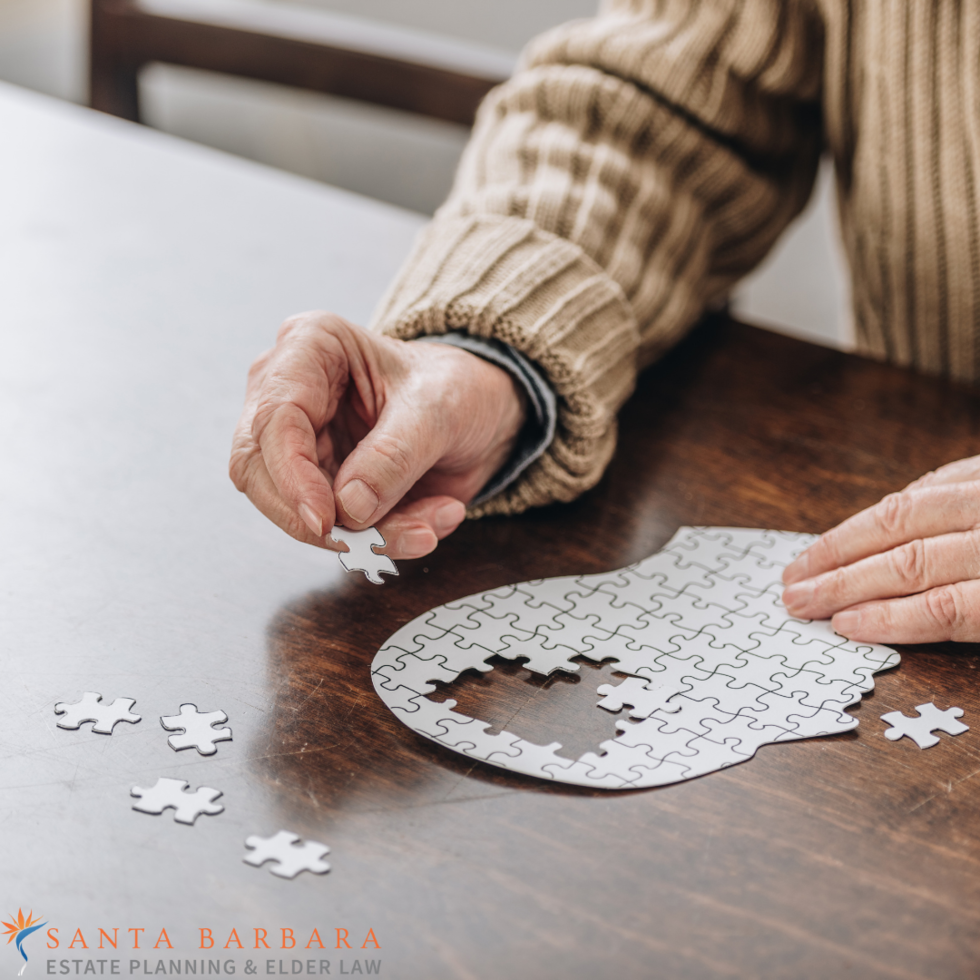 an elderly person working on a puzzle shaped like a head